I DON’T EVEN KNOW WHERE TO BEGIN!! This is probably the first of these blog posts that I was slightly dodging to write. It’s just because we did SO MMUUUCHH (and I know this post is going to be a lengthy one)! However, I am going tell you allllll about our fun-filled “Day 6” and hopefully not leave anything out!

When my dad first came to the Philippines (when he first met my mom), my mom had told us that my dad was super keen about visiting the Cebu Taoist Temple. Why? We don’t know lol. We still have the photo of him standing in front of it with a grin from ear to ear. So to commemorate my dad, we just HAD to visit this temple. There was no question about it. 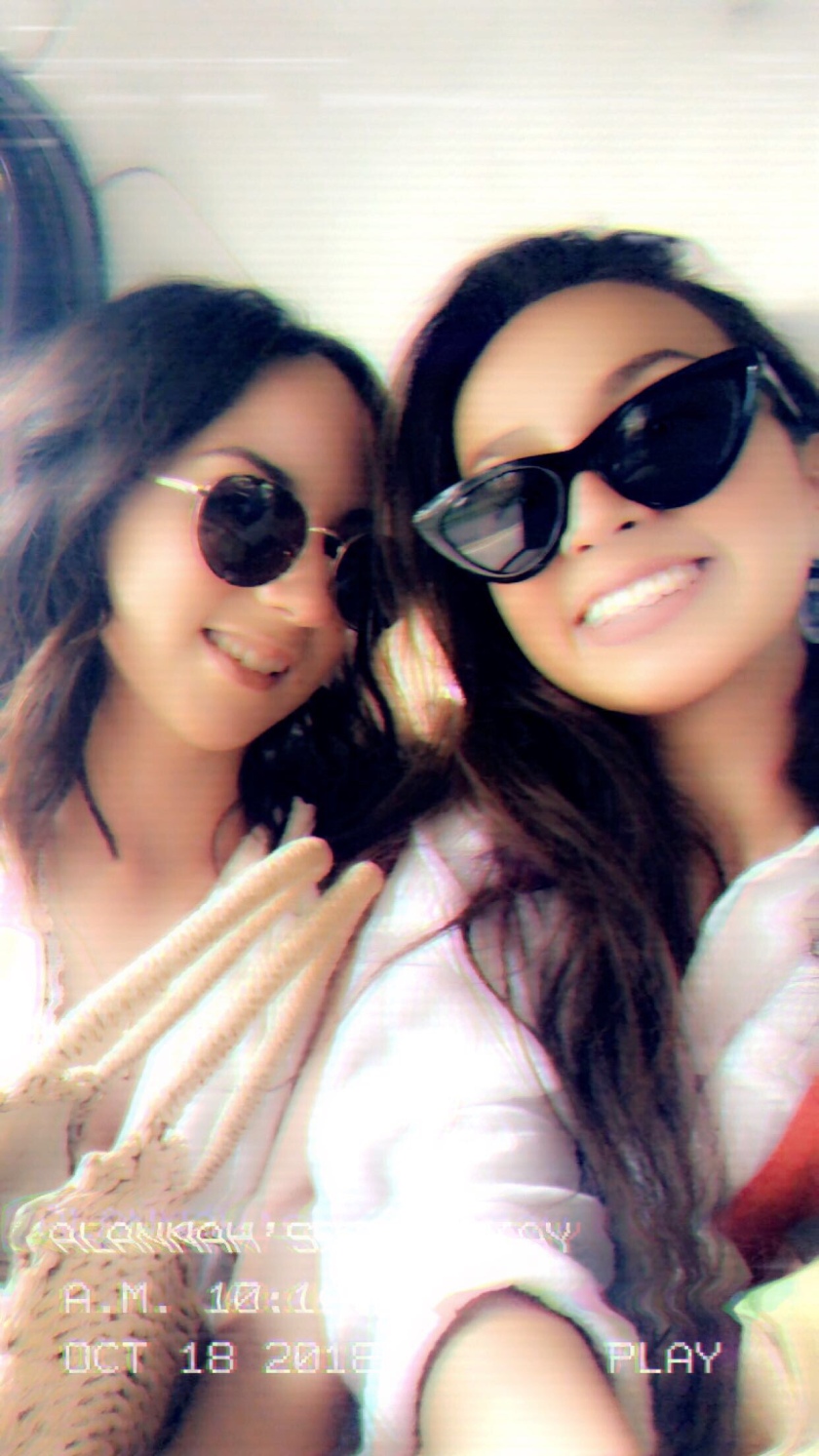 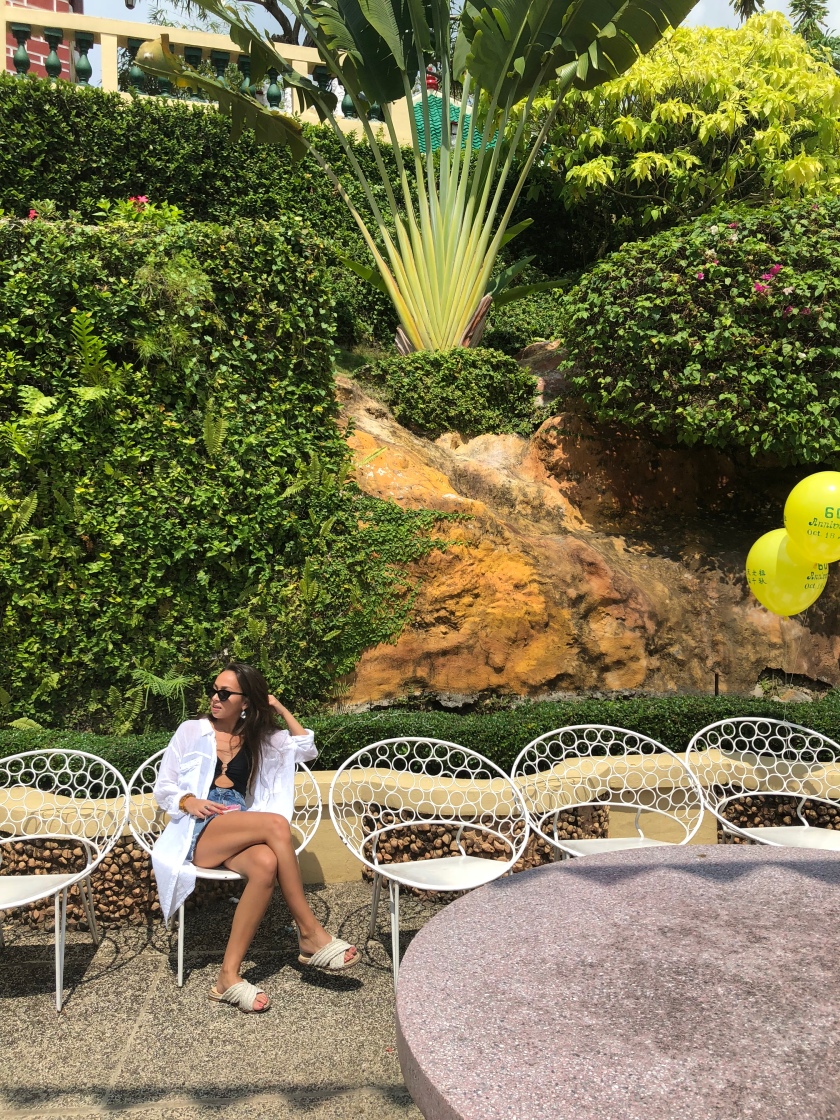 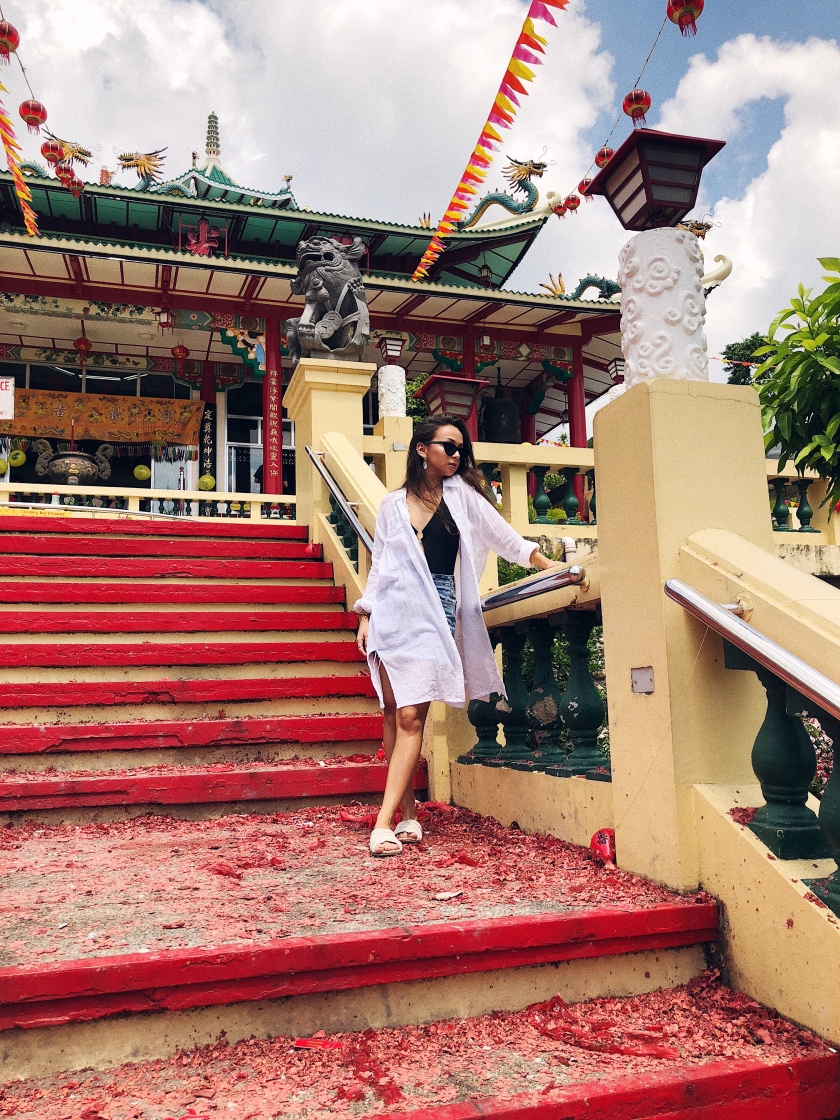 Want to hear a funny story? I didn’t actually get to go inside the temple. My sister and I were dressed for the beach because our plan was to go island hopping right after, therefore our outfits were “too sexy”/revealing. It was disrespectful and we understood that. It just sucked because if you go inside, they have incense that you burn to make a wish that will supposedly come true! Just so none of you make the same mistake we did, make sure you wear your turtlenecks when you go to visit a Taoist temple! (*No floosies allowed*)

After our short visit to the Cebu Taoist Temple, we got back on the road and headed towards Lapu-Lapu City! We went to the Movenpick Hotel on Mactan Island. This hotel was BEAUTIFUL! I have the photos to prove it (see below). It was so nice and the hospitality/service was so great that we decided to stay there for the day instead of going from island to island. We do still plan on island hopping though! At the Movenpick Hotel they had a beach, a pool, an all-you-can-eat buffet, and jet skis! We tried it all!! 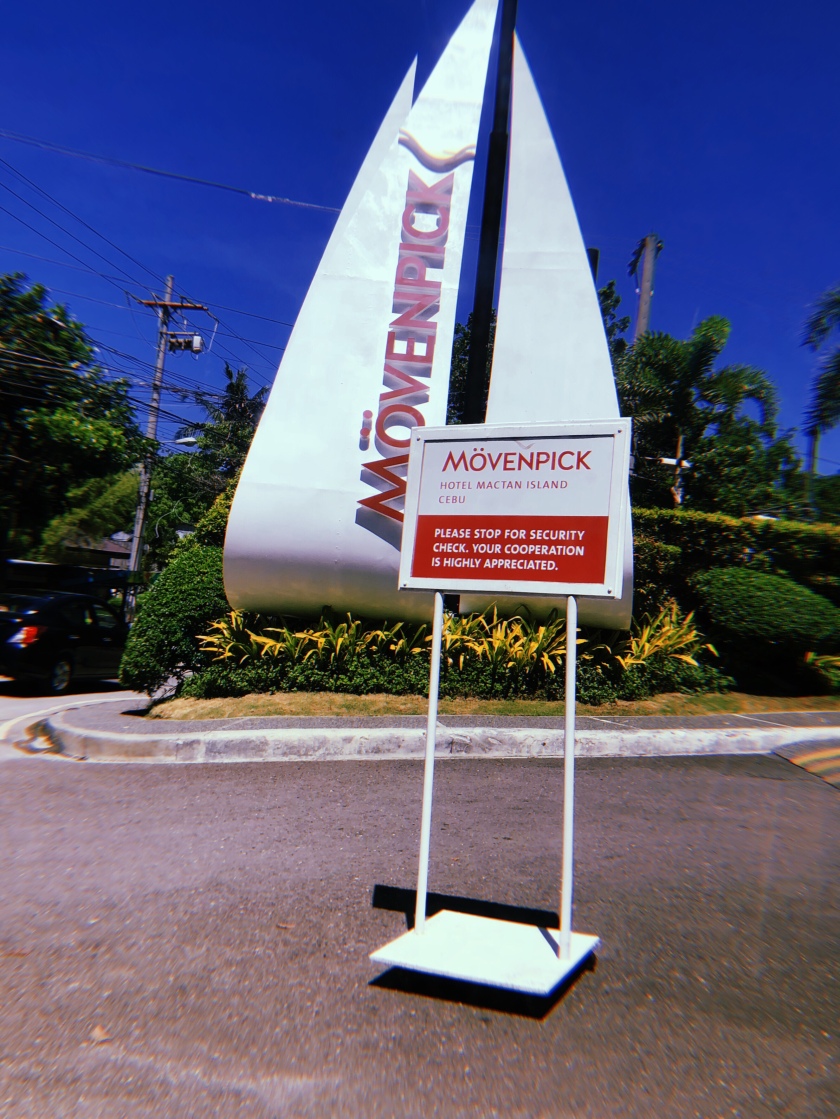 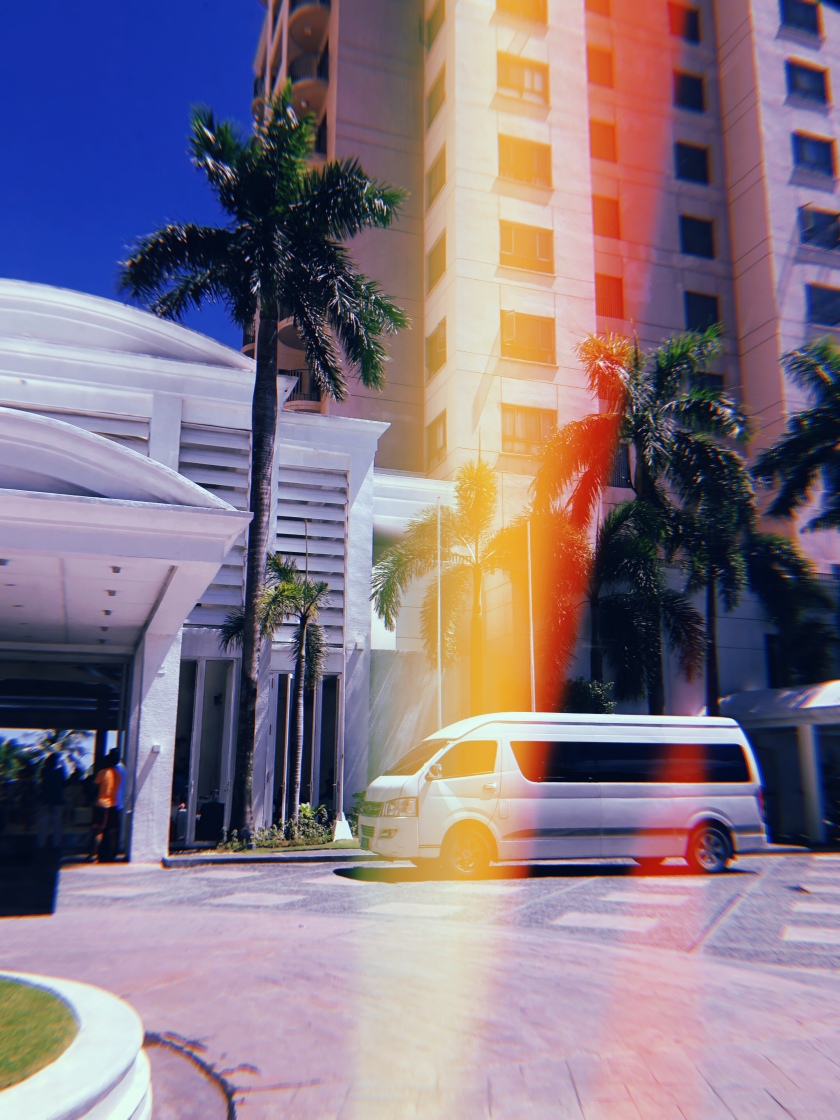 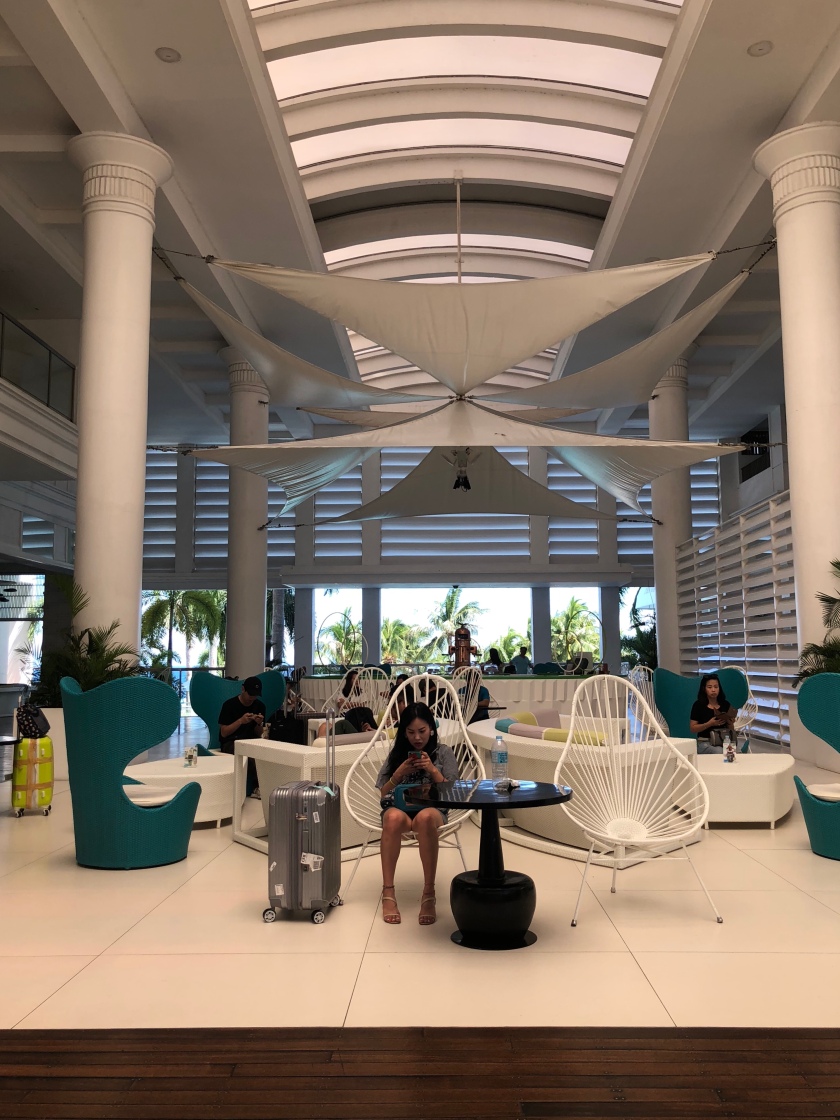 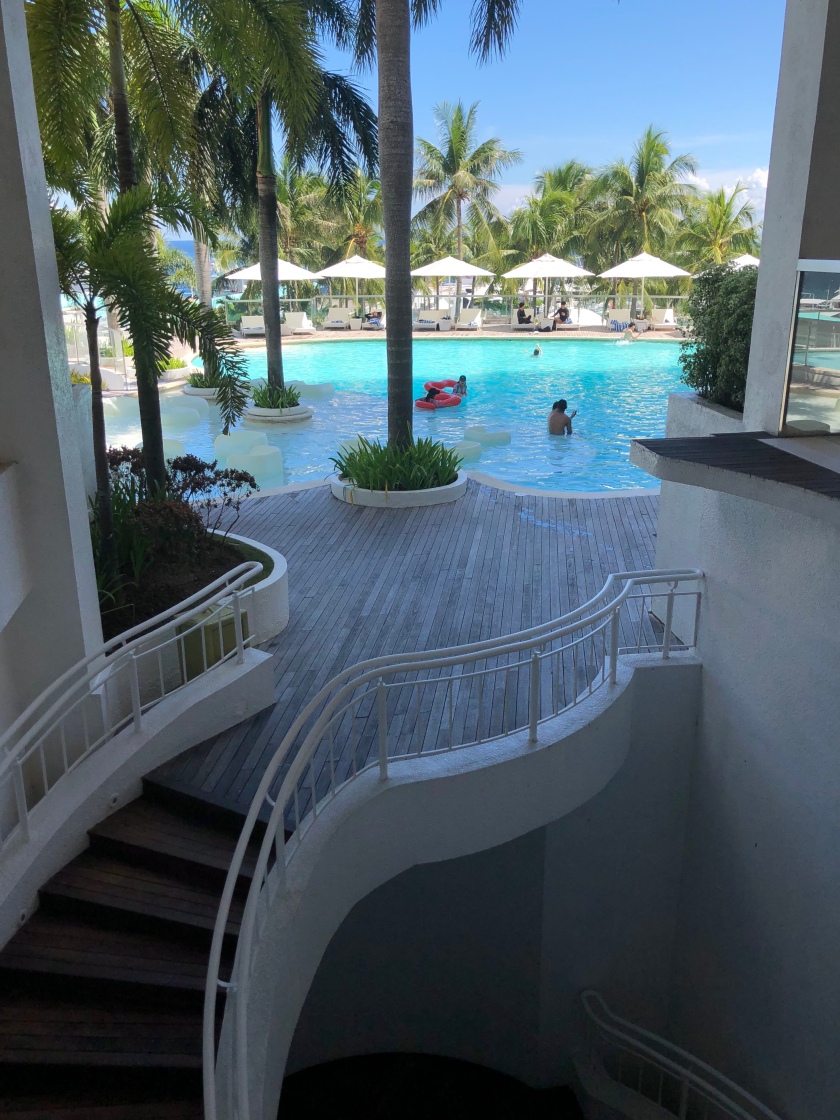 I hadn’t been in the ocean since Florida and I forgot how much I LOVE IT. The weather was perfect and the water was warm. It was honestly one of the best days. I had about three cocktails (they’re made really strong here lol). We made friends with two of the associates, Charles and Ariel. They saw me writing notes for this blog post and asked for me to mention them, so there ya go. I kept my word! Charles deserves a shout-out because he told us about “Chocolate Hour“. Literally, from 3-4pm, they serve fondue, popcorn with chocolate drizzled on top, brownies, pieces of dark chocolate, and more! It’s GENIUS! Do we have this in Canada? If not, we need to start incorporating a “Chocolate Hour” everywhere – and fast! Ariel told us about “Happy Hour“, which is where drinks are BOGO free from 4-6pm. Ariel told us that there was “Chocolate Hour“, now there’s “Happy Hour“, and where we were sitting was “Sad Hour” LOL – I died. “Happy Hour” was held in an area where we could sit on these huge pillows that were placed in hammocks along the pier during sunset! It was beautiful, and of course I took pictures! I took polaroids, photos with my film camera, and some on my phone! Gotta love that “golden hour” ha-ha. Here are some of the photos we took: 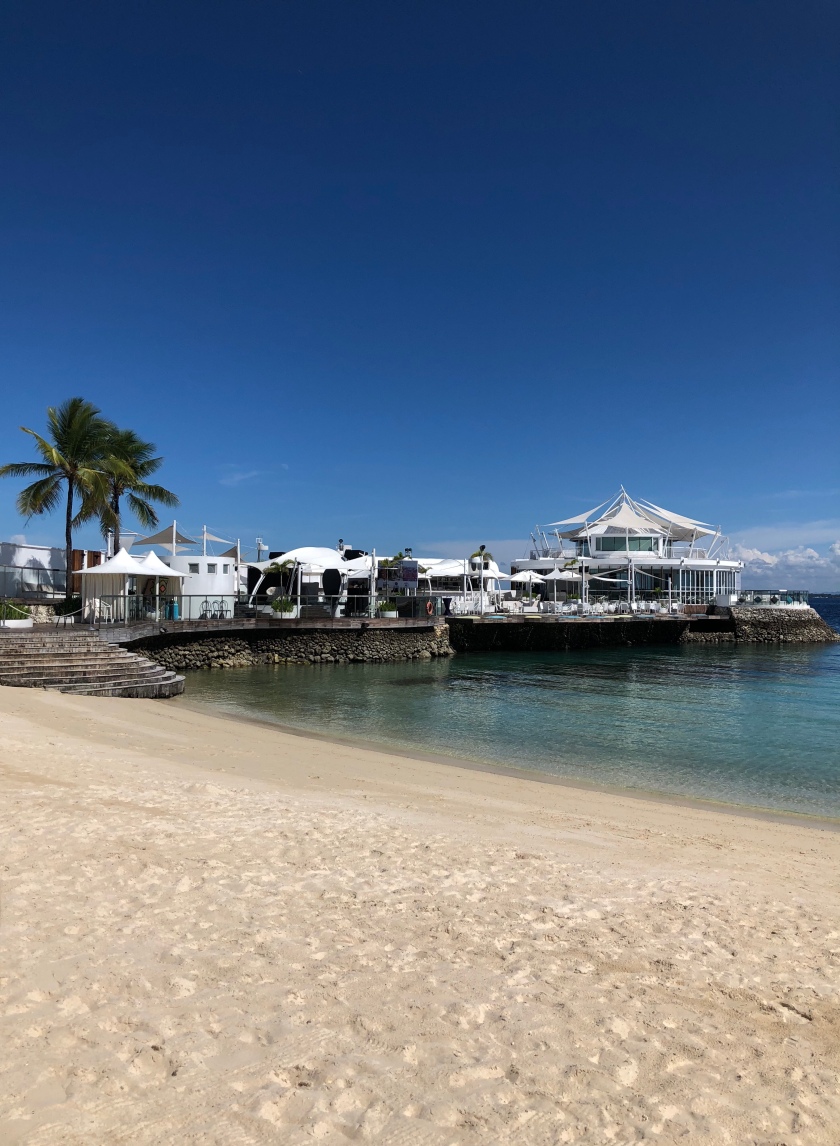 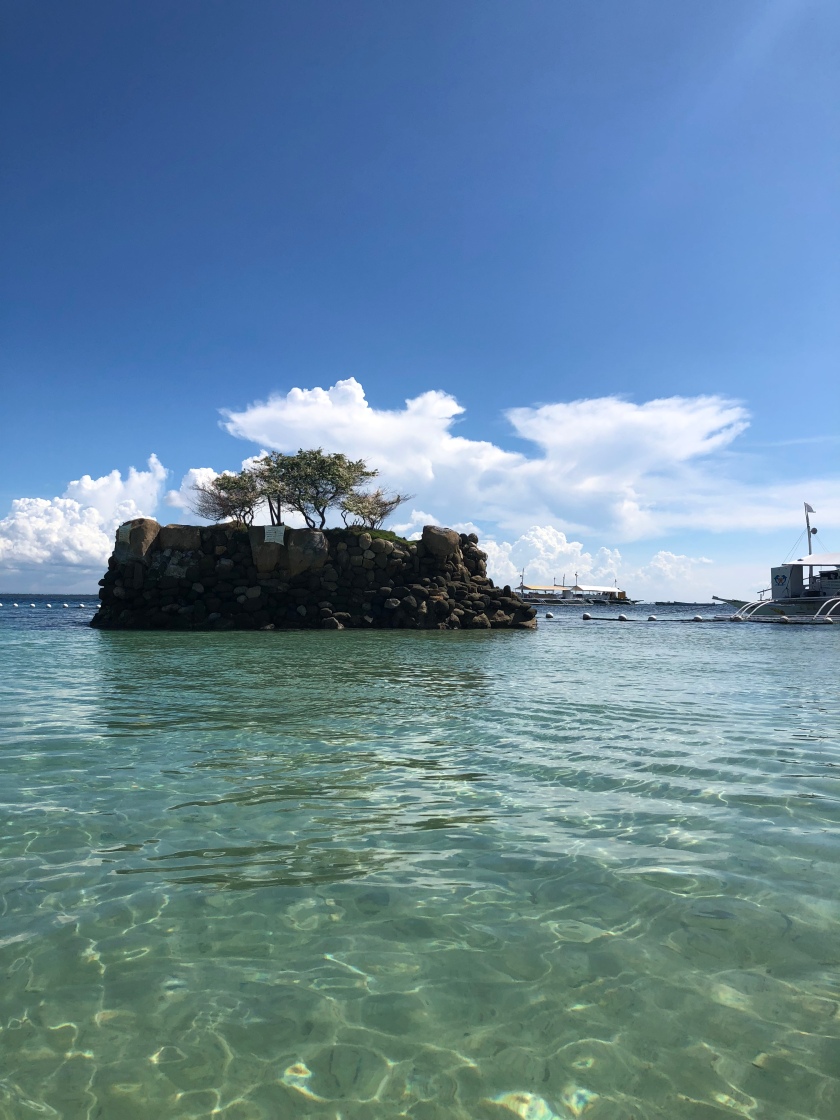 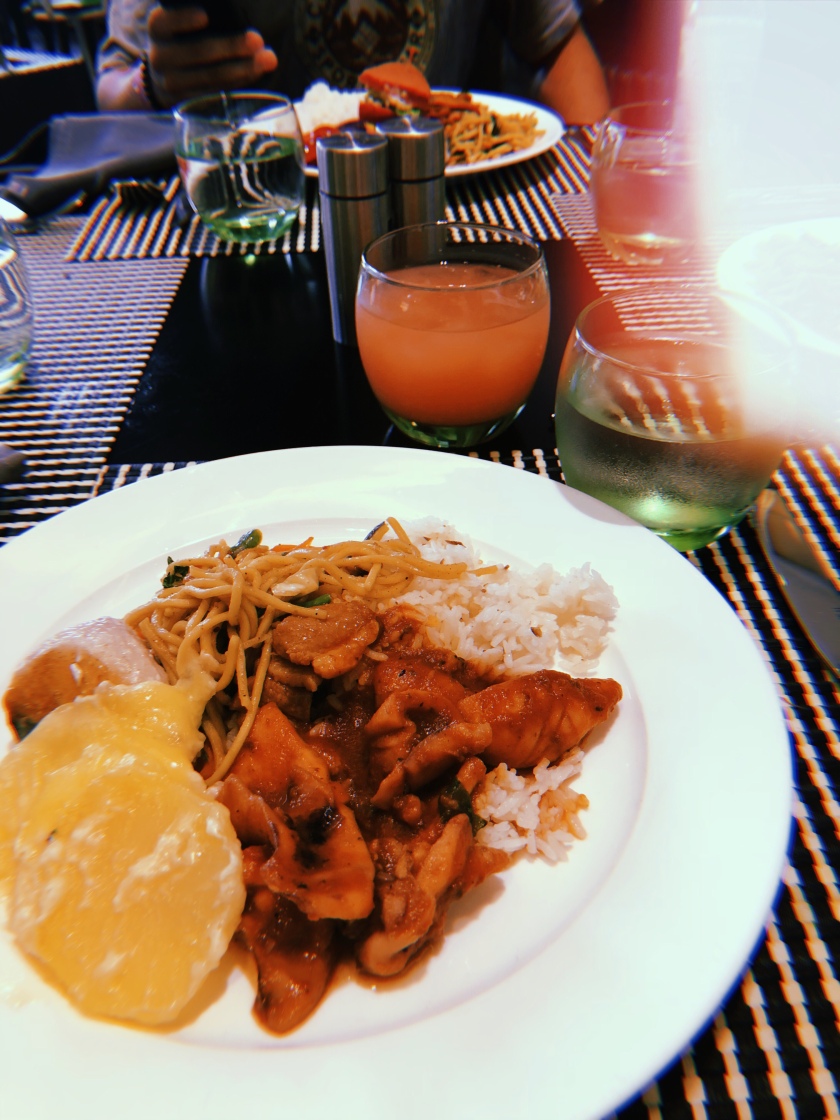 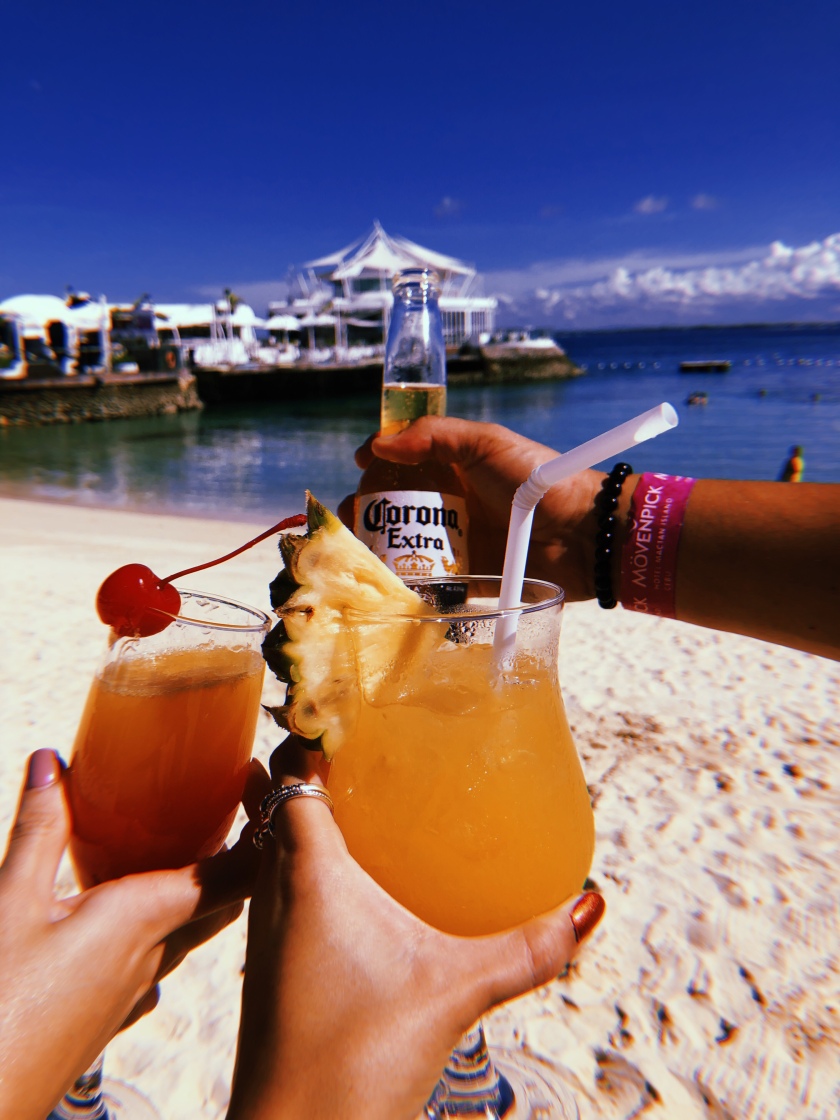 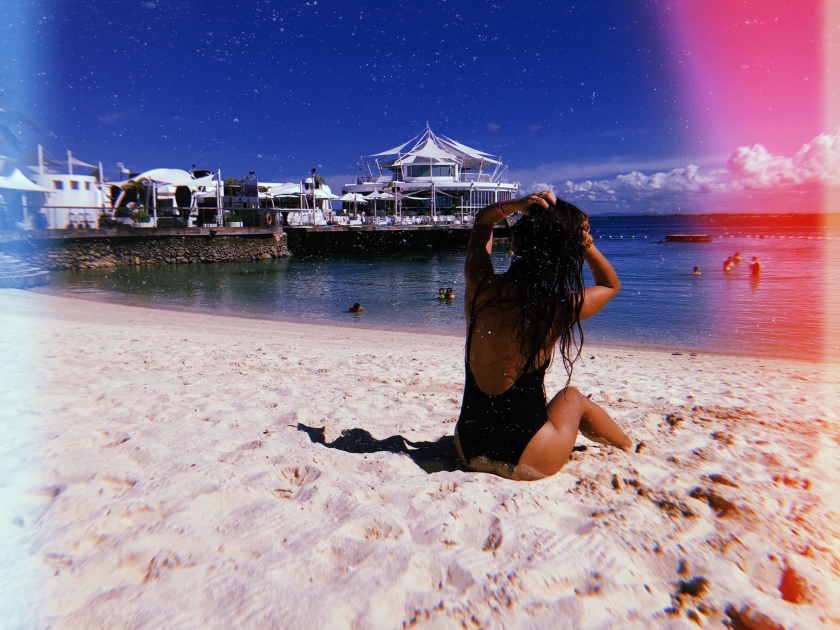 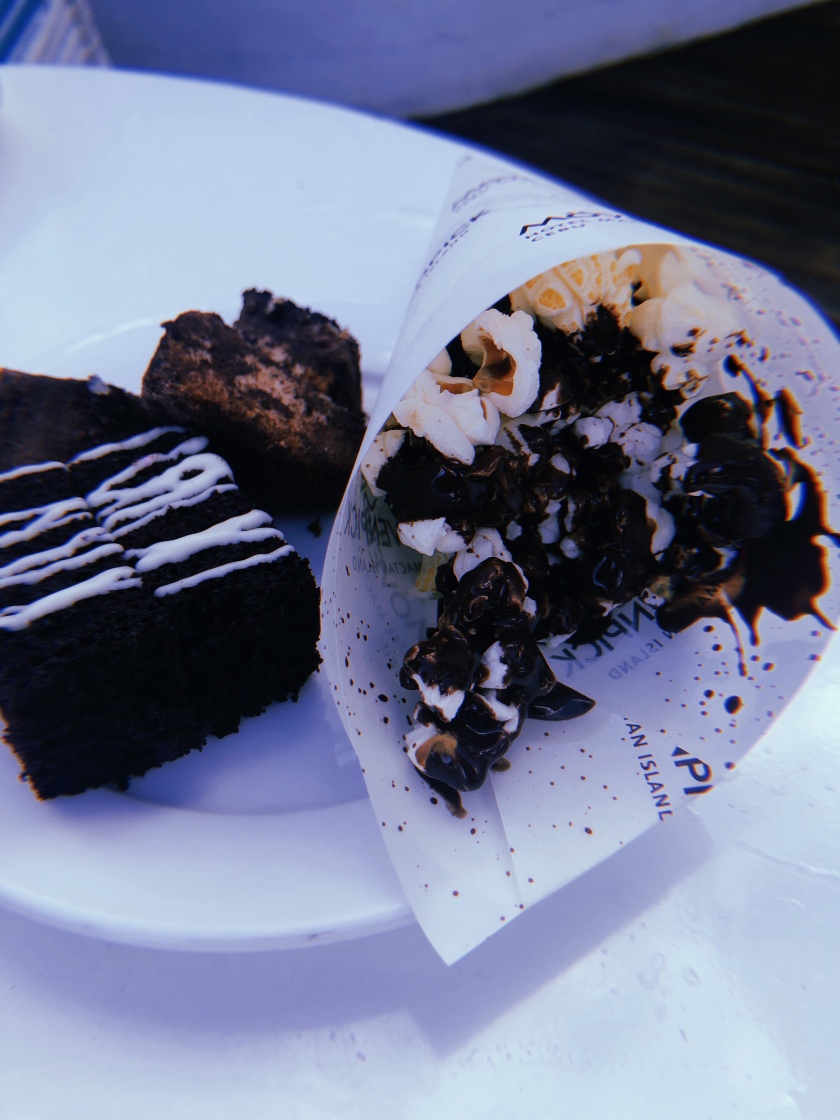 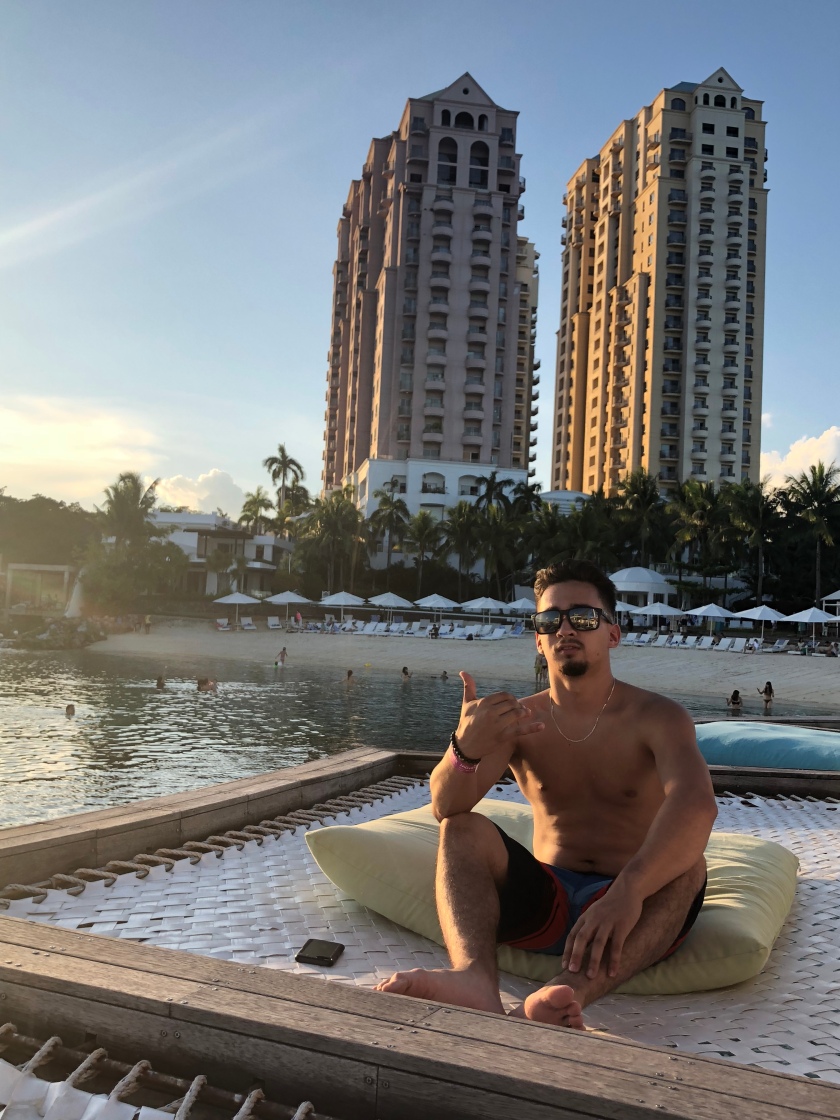 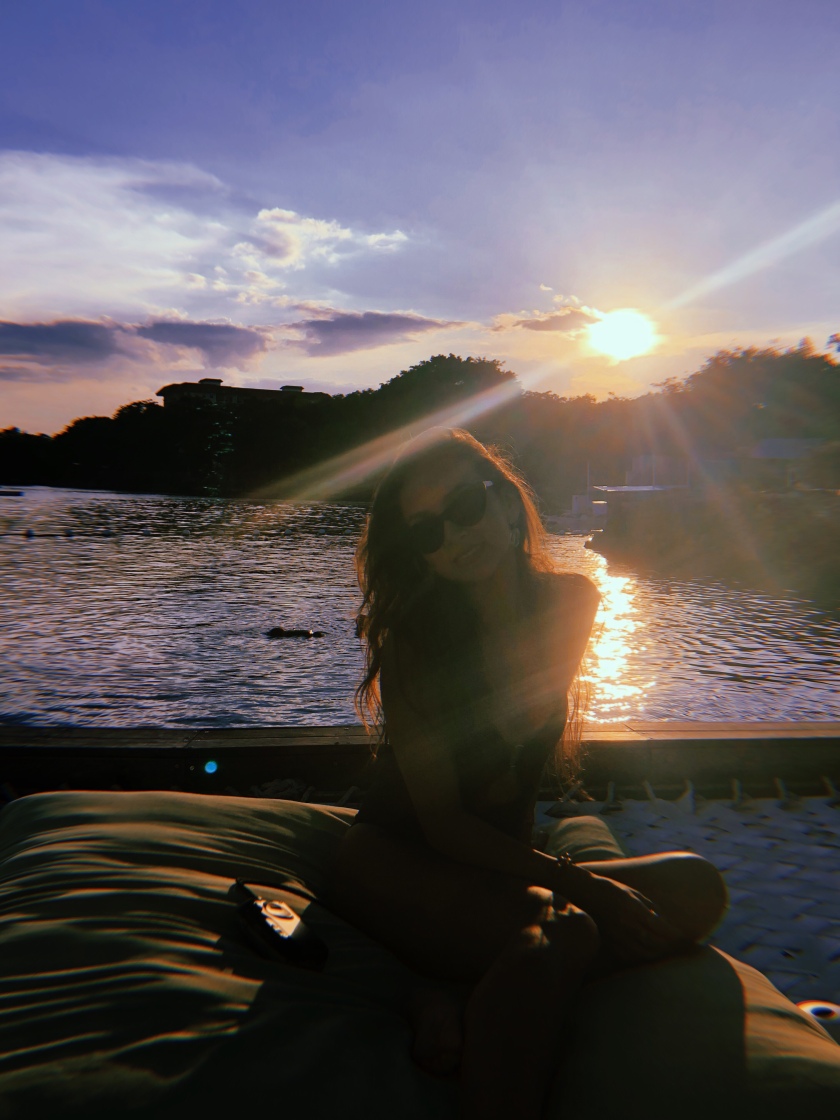 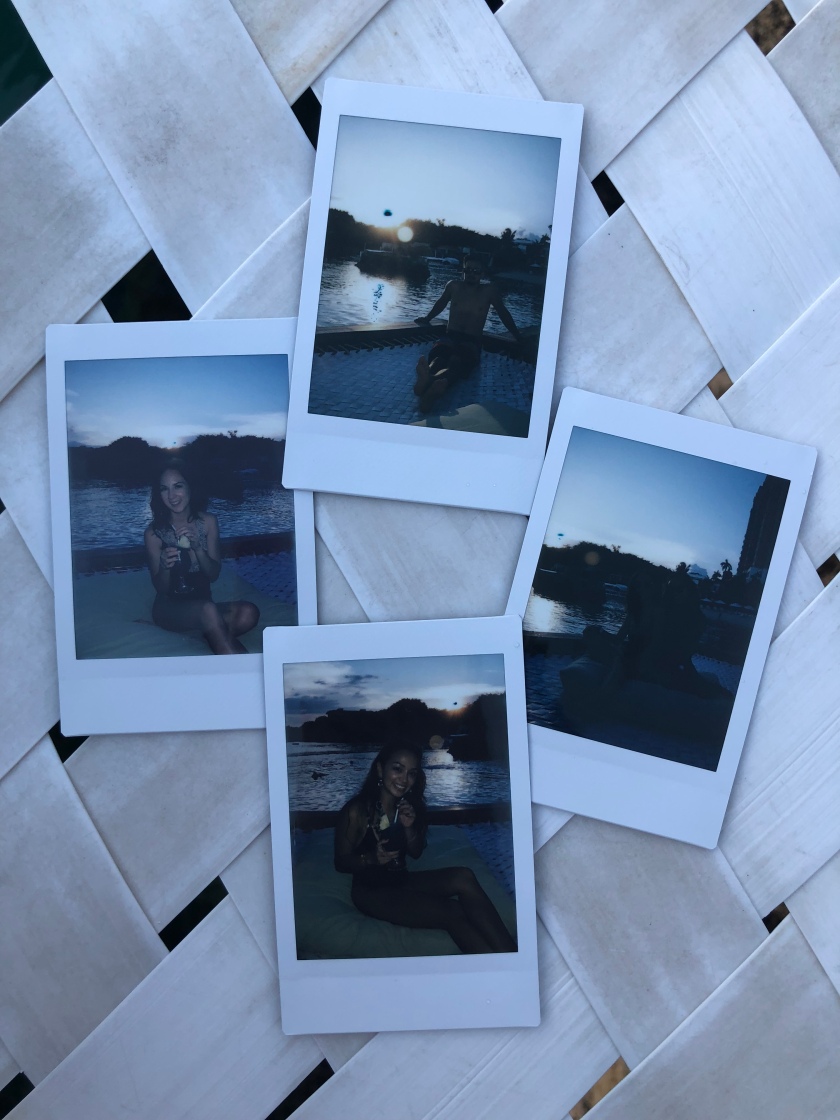 We left the hotel shortly after and then stumbled upon a market alongside the road on our way home. We saw a booth/stand FULL of guitars and ukeleles and thought, “This is probably the best/cheapest place to get Anikah her birthday present!” So we stopped and looked around. My sister and I got anklets for 10 pesos each (25 cents CDN). I keep wishing we bought more because they were so cheap, but maybe we’ll stumble upon another place that’s really similar and then I’ll buy more! Within the same market there was a seafood restaurant that Manny Pacquiao has supposedly been to! Looking back at it, the food was just okay. We went to a restaurant called “Seafood Island” yesterday (“Day 8”), and now everything fails in comparison ha-ha. 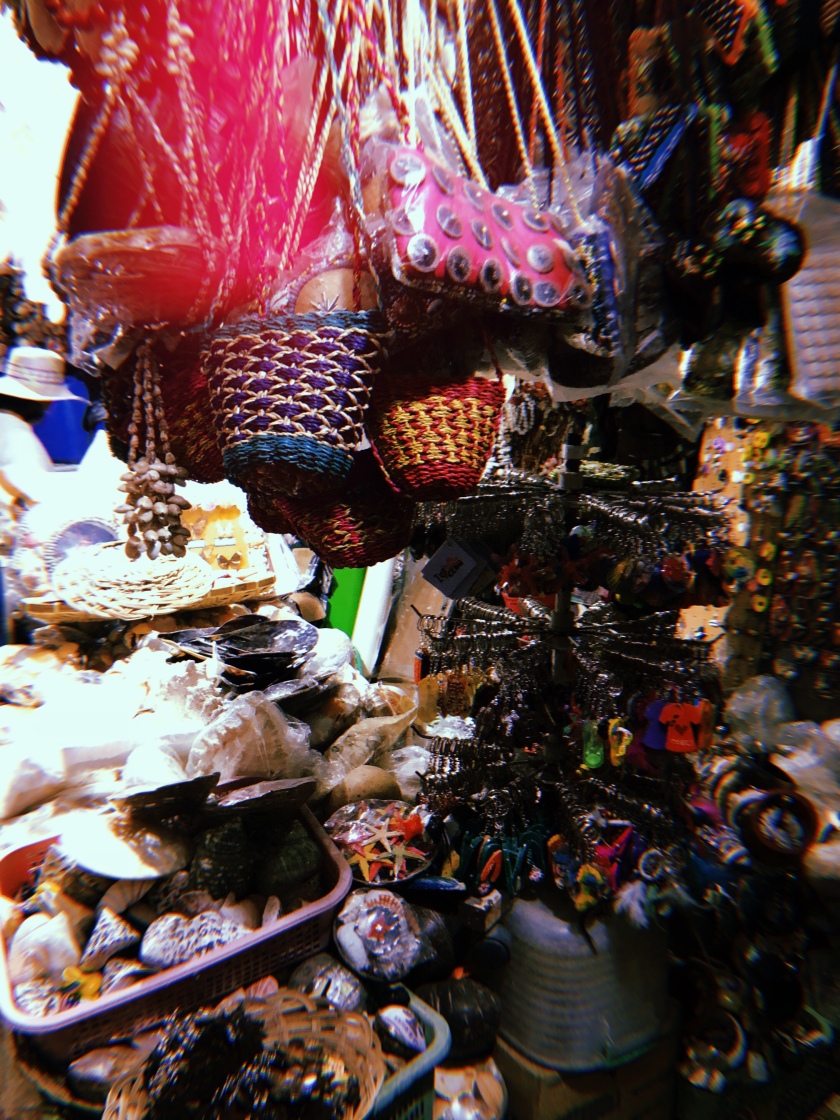 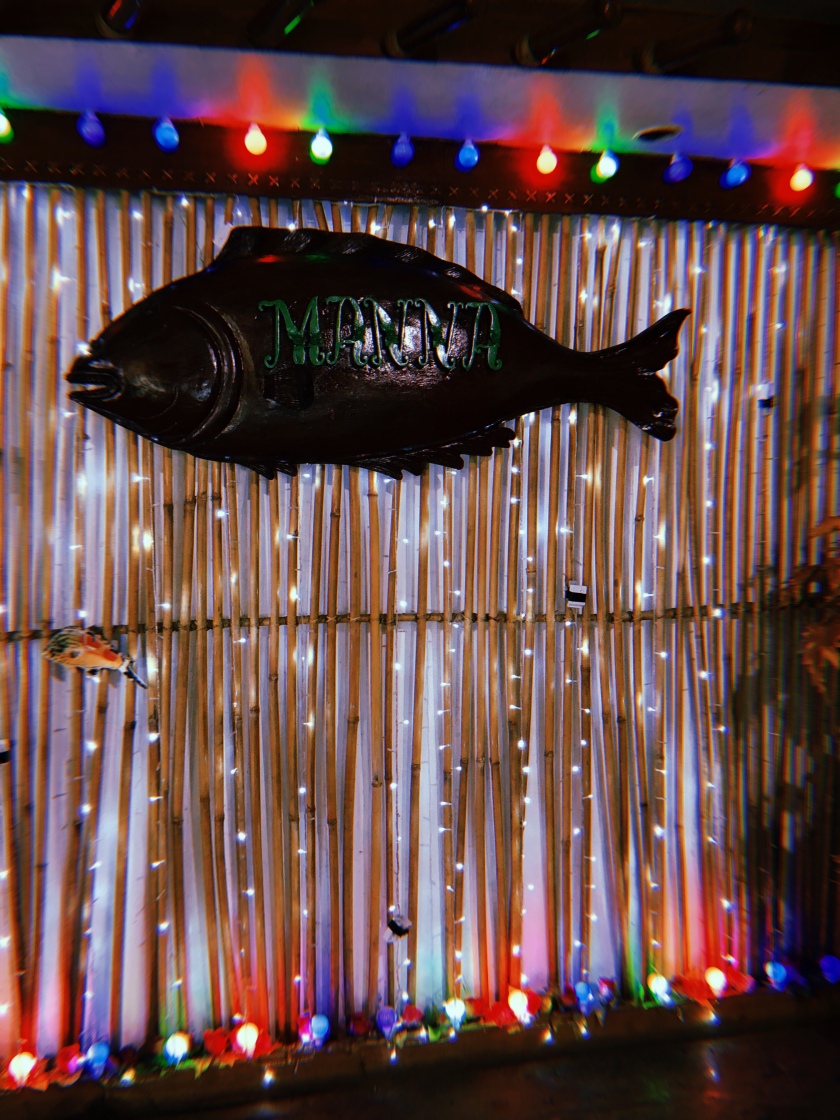 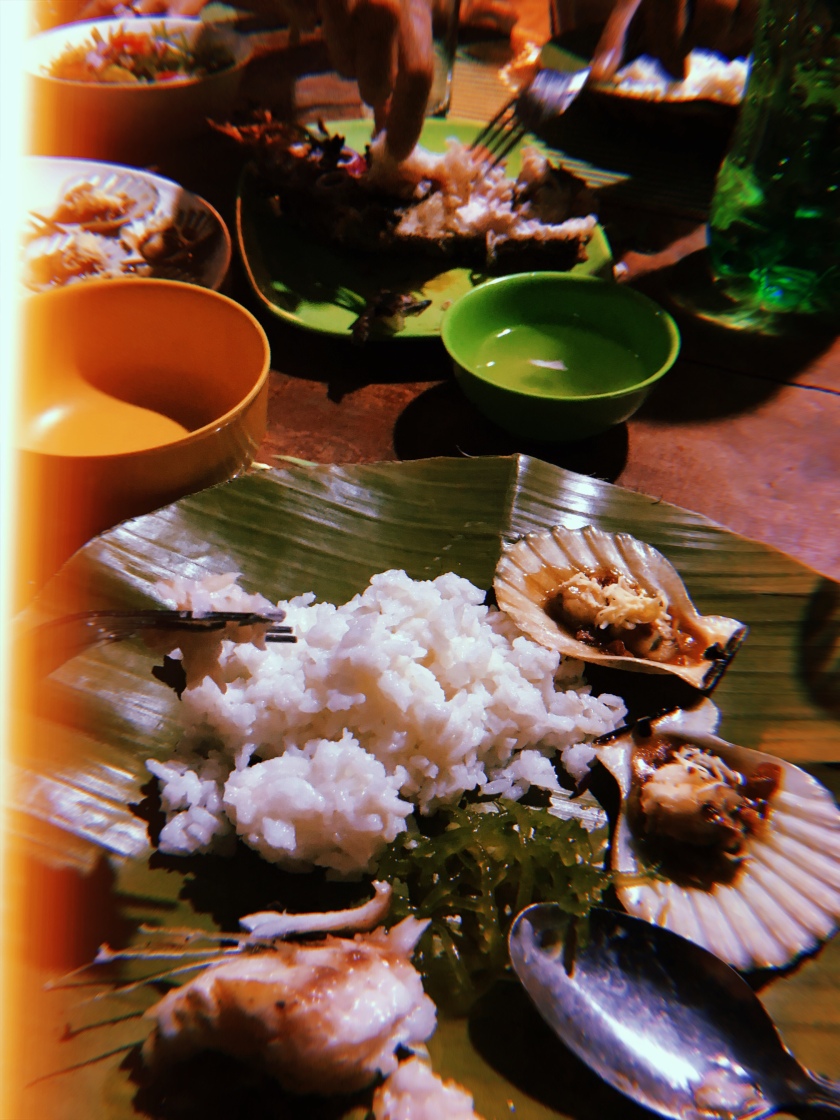 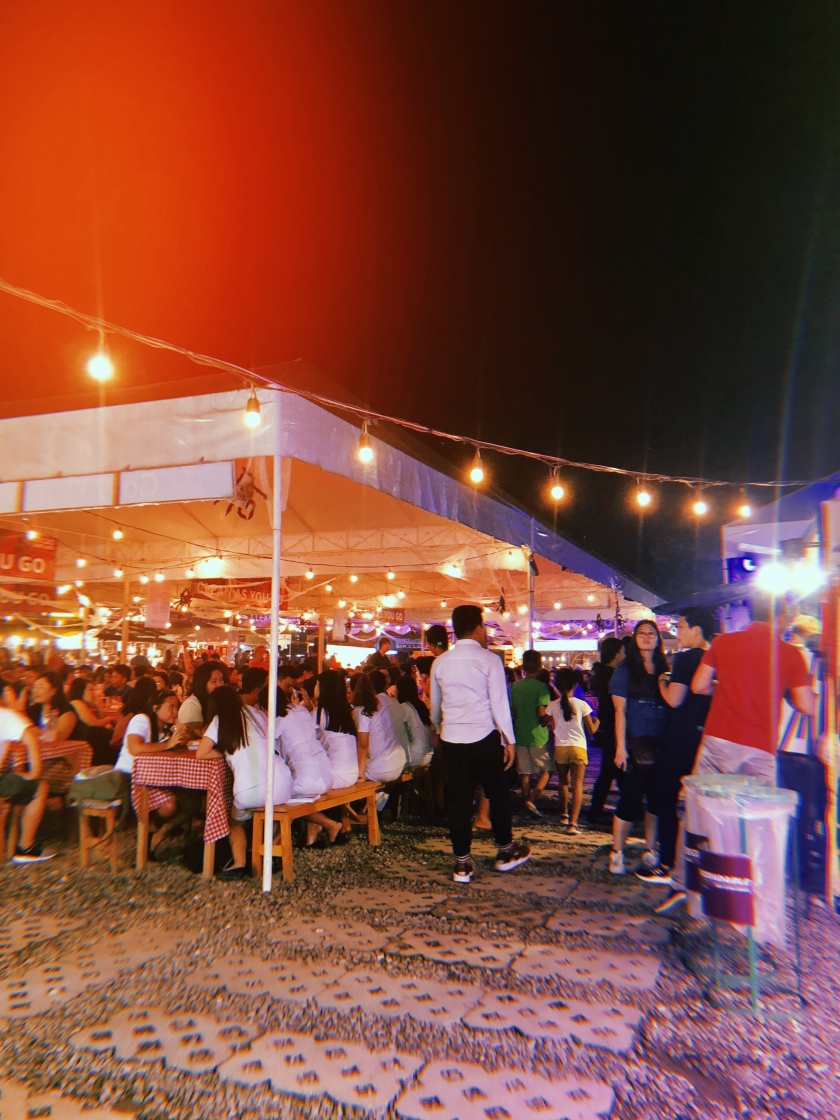 After the hour ride home, we went back to “The Social” for another cocktail then visited “Sugbo Mercado“. It’s a food market right outside our building that’s open from Friday-Sunday. They even have chimney cones (which I discovered last night but couldn’t get because it began to rain pretty hard)! I’m definitely going back before it’s over tonight! (Today is “Day 9”! Sunday, October 21st!)

I’m probably going to combine “Day 7” and “Day 8” to catch up! I’ll make sure to have it posted tomorrow!

Let me know if you’re enjoying these so far!!